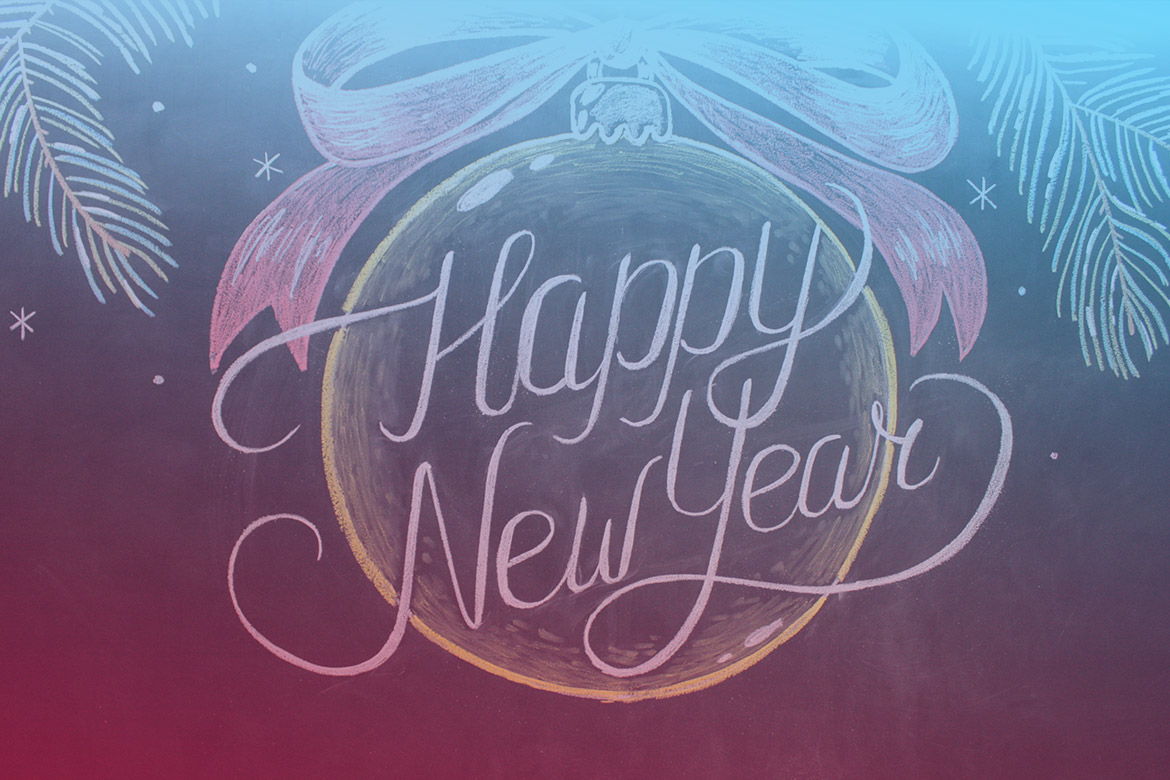 Since 2019 brought us both challenges and opportunities, we wanted to do something special at the end of the year. That’s why we decided to come along to the office in the evening of December 27 to celebrate the old year’s passing in a warm family atmosphere.

Moreover, there were various entertainment activities scattered around the office. Let’s go through them all.

Event 1: Preparty with Father Frost and his Snow Maiden 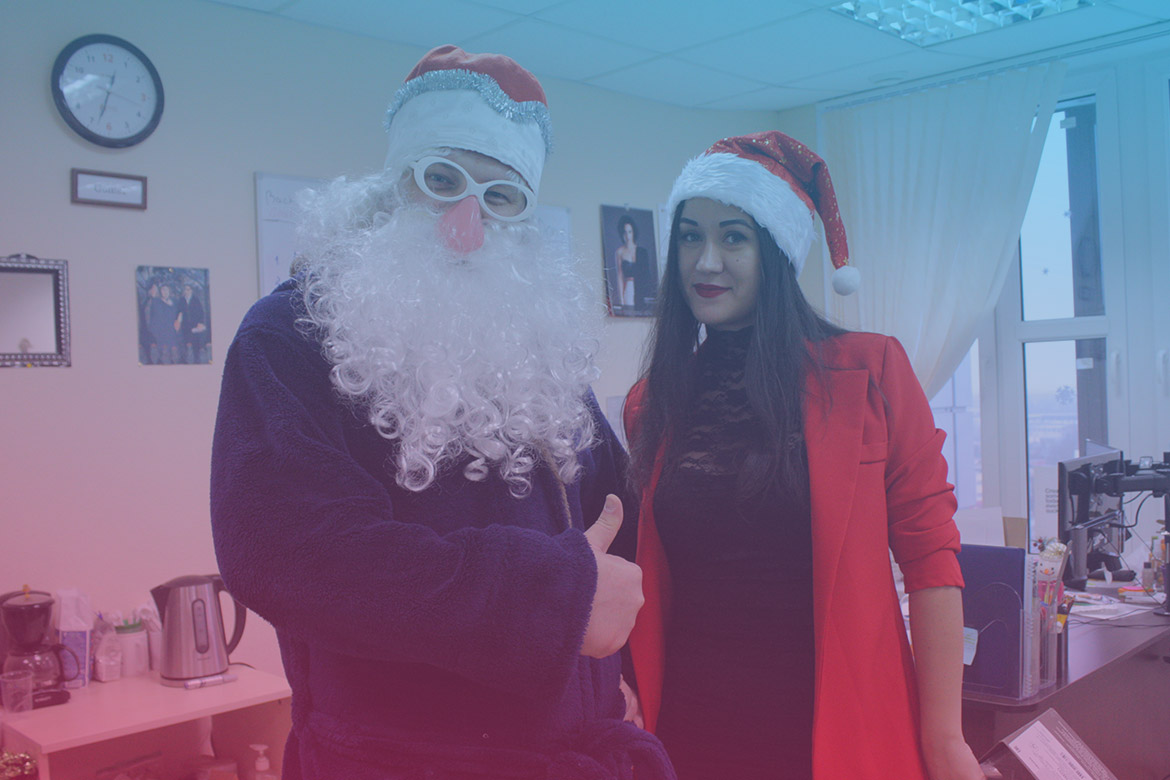 In order to keep the work flowing, but avoid serious distractions from the main event of the outgoing week and year (our party, of course), PieSoft boys and girls were visited by fairy-tale characters who congratulated them on the upcoming holidays and handed lottery tickets. 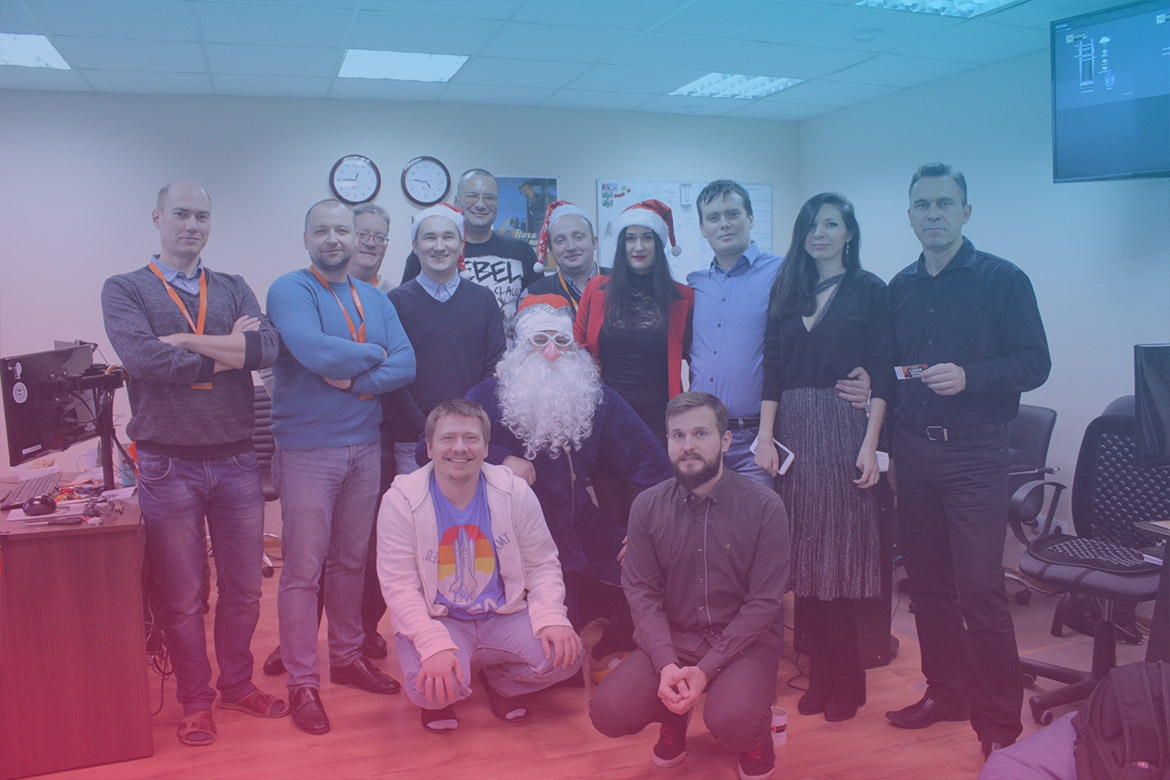 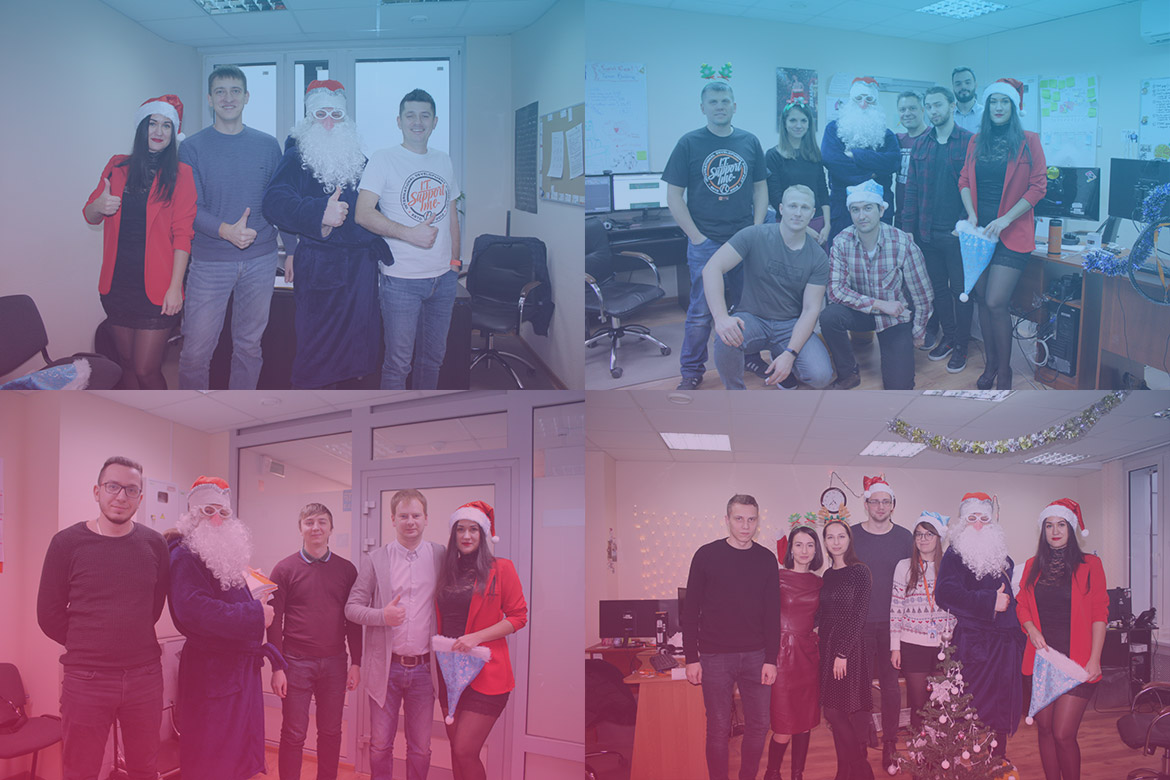 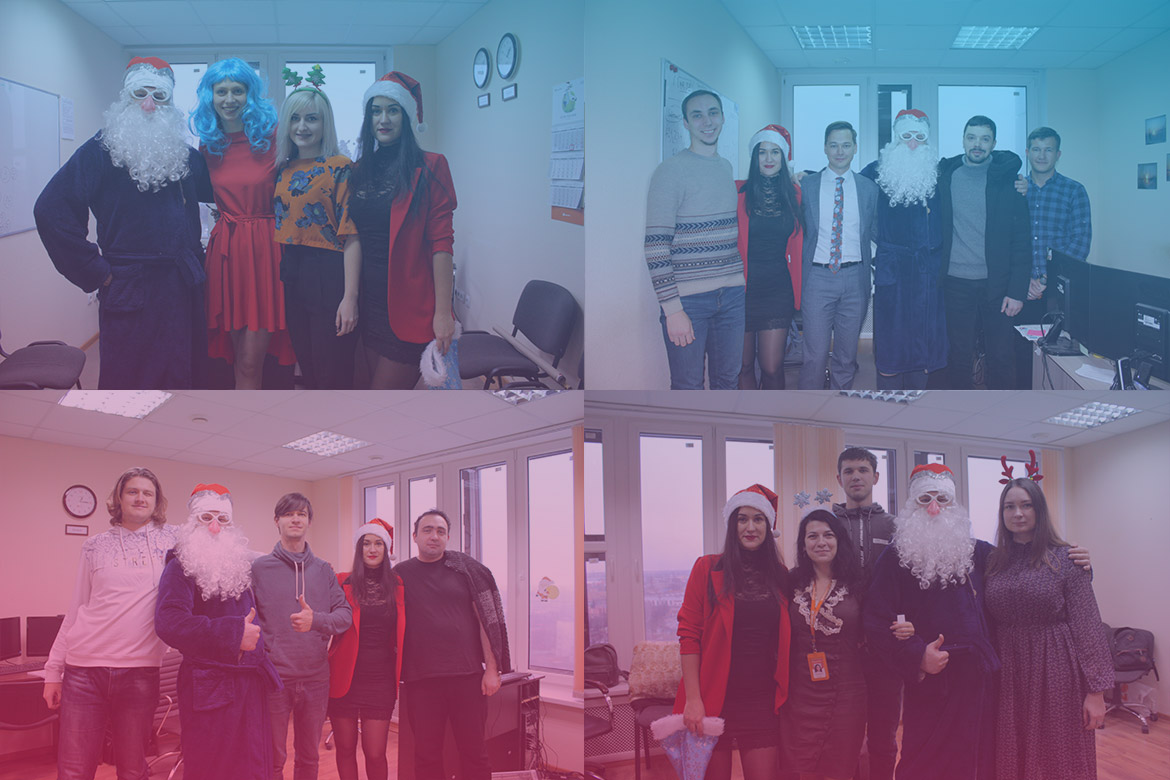 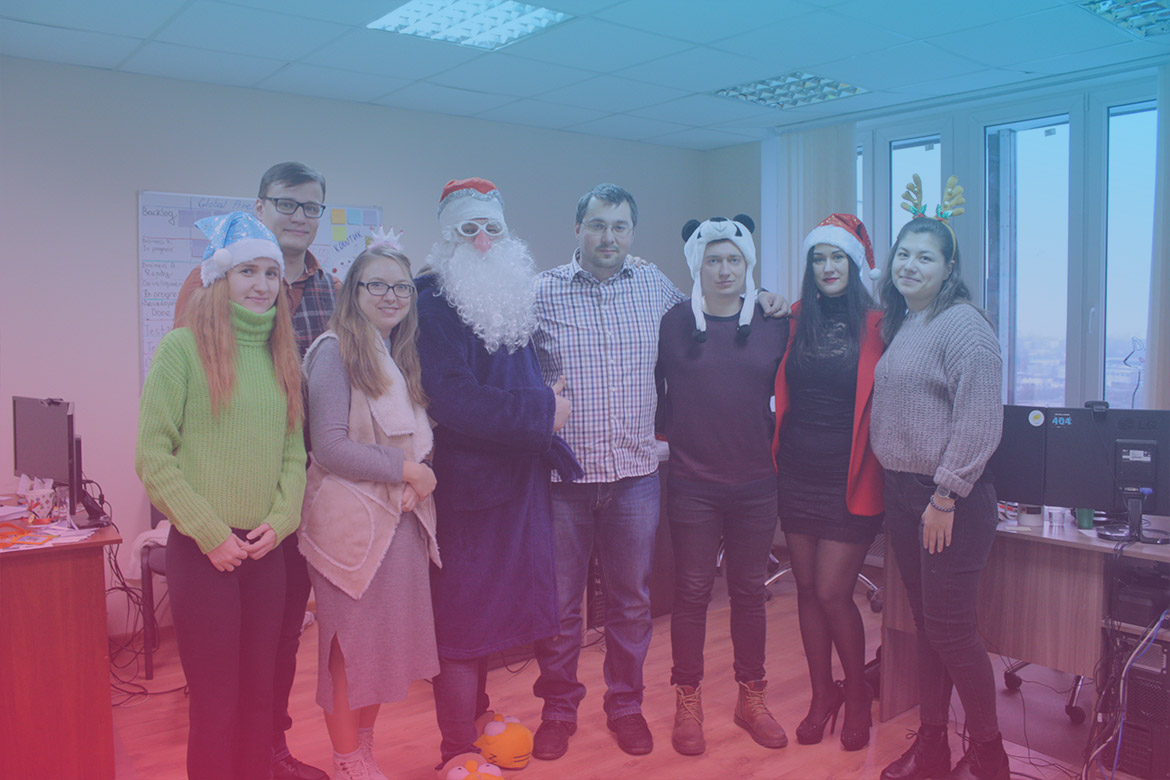 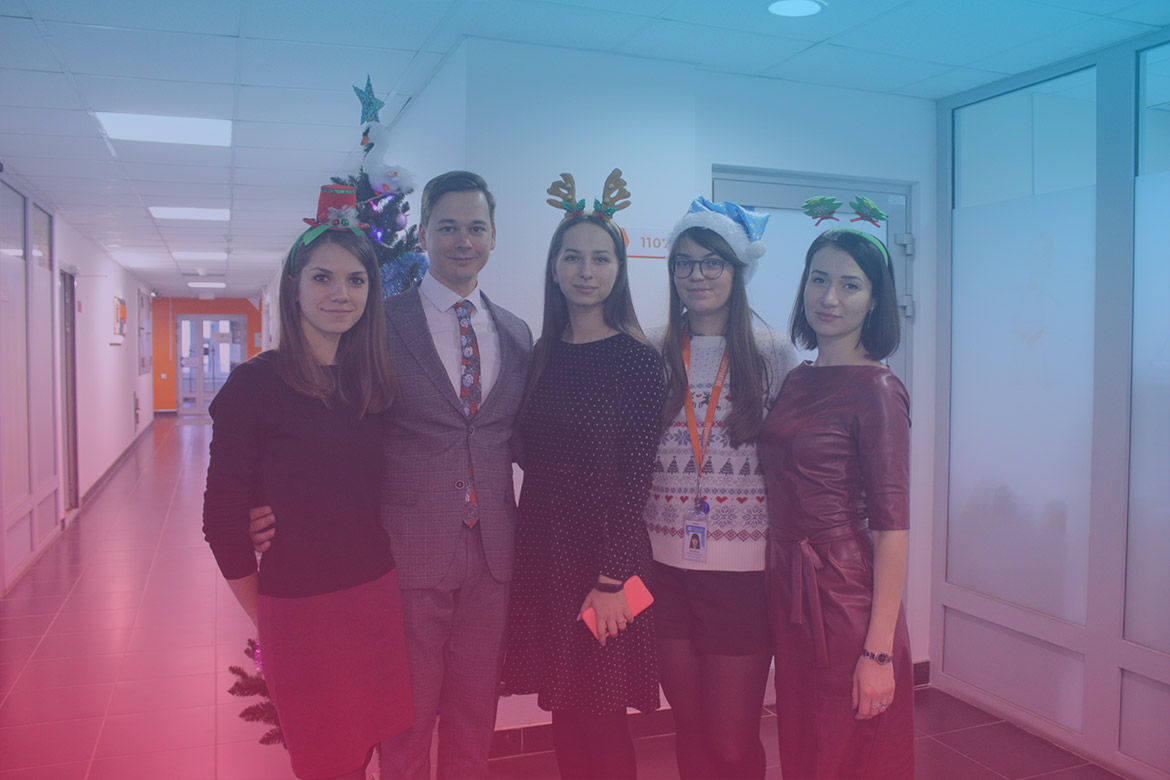 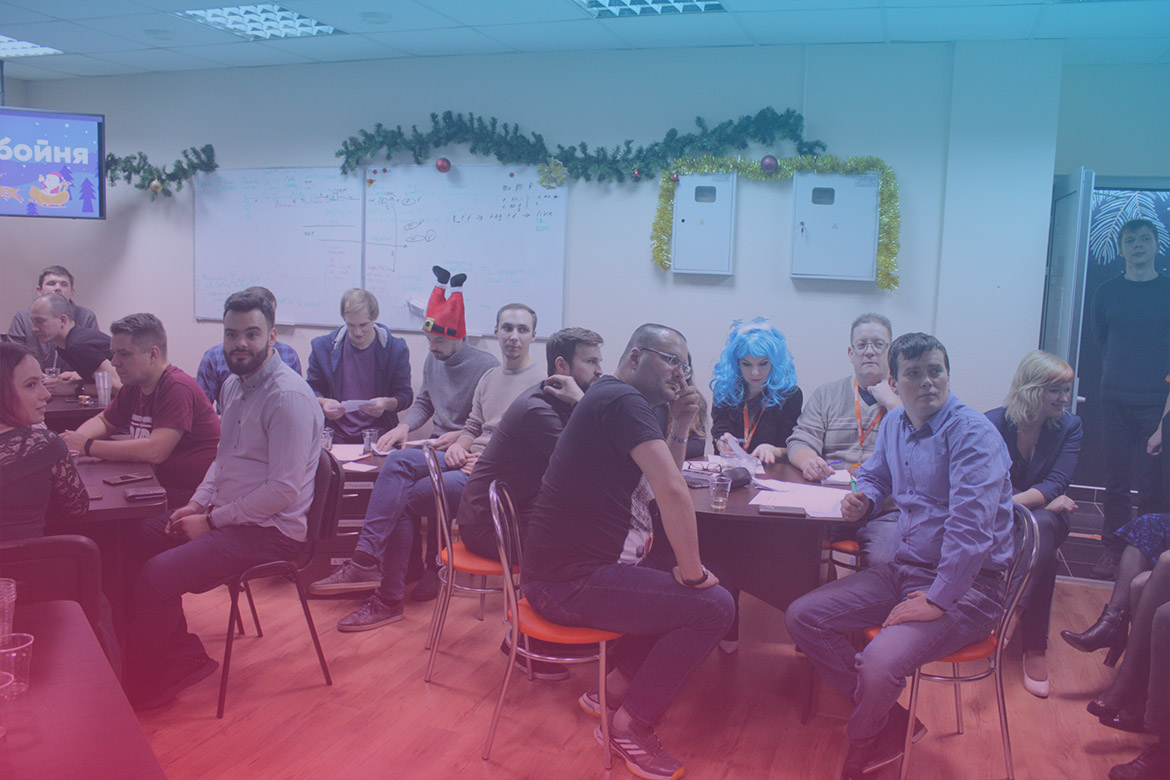 In the evening after the massive “unpunch” (the completion of working hours), the intellectual-entertaining game unexpectedly made our night. 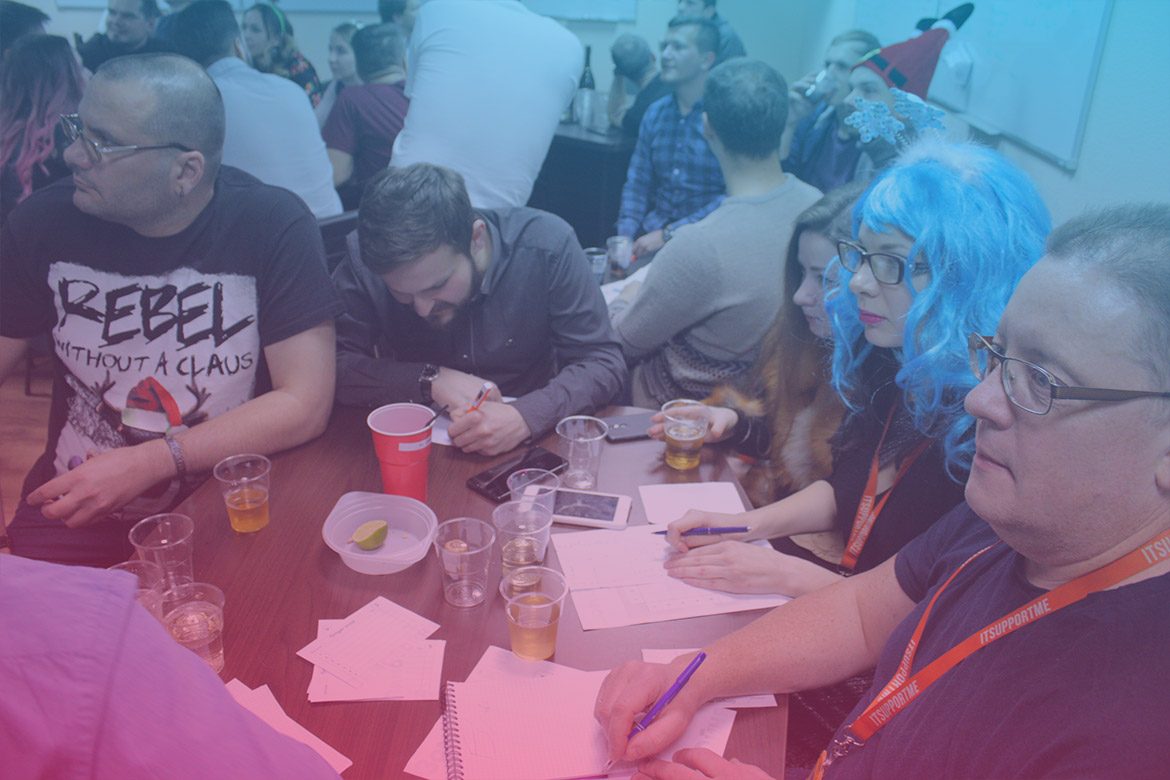 The guys had to pull all their attentiveness, knowledge of their company, as well as New Year traditions throughout the world + festive mood to win.

Well done, everyone! Especially the TBD team! Ginger snaps and the Drunk Rudolph were appointed the second and third best teams. 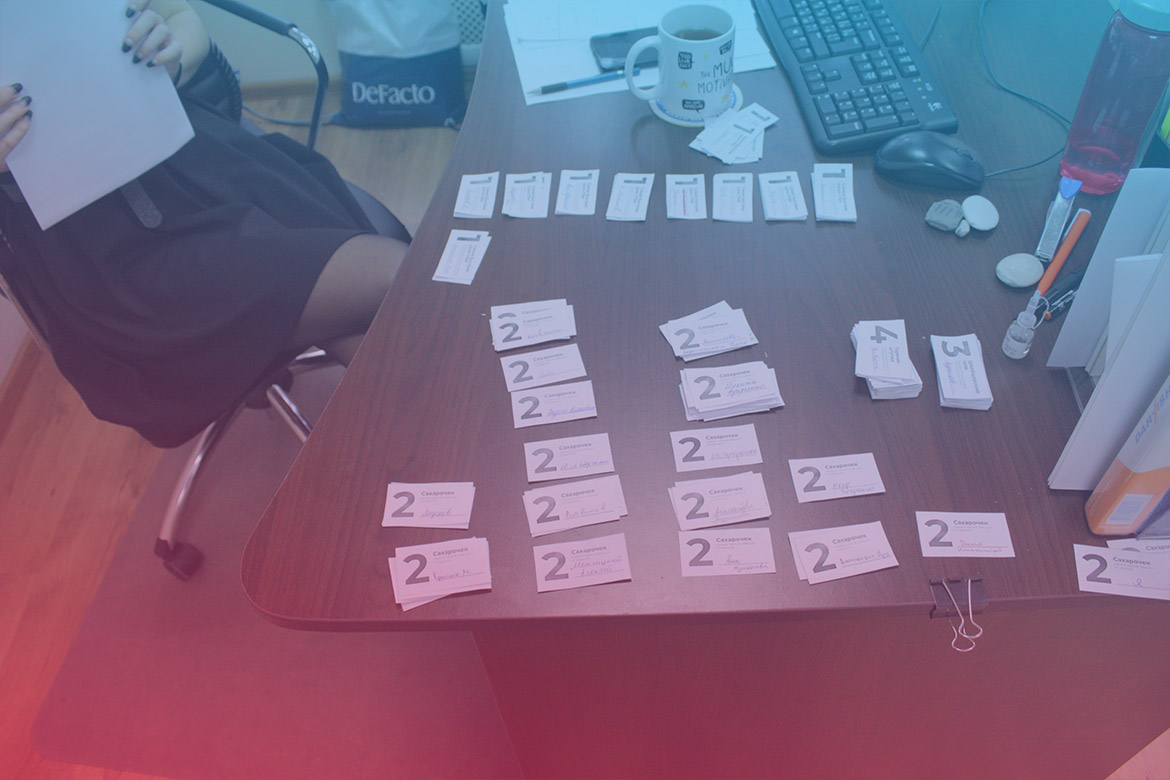 Every year we have a secret ballot to honor our most distinguished colleagues. In 2019, there were four of them:

Sugar (the cutest and sweetest one) - Nikita Adarchenko 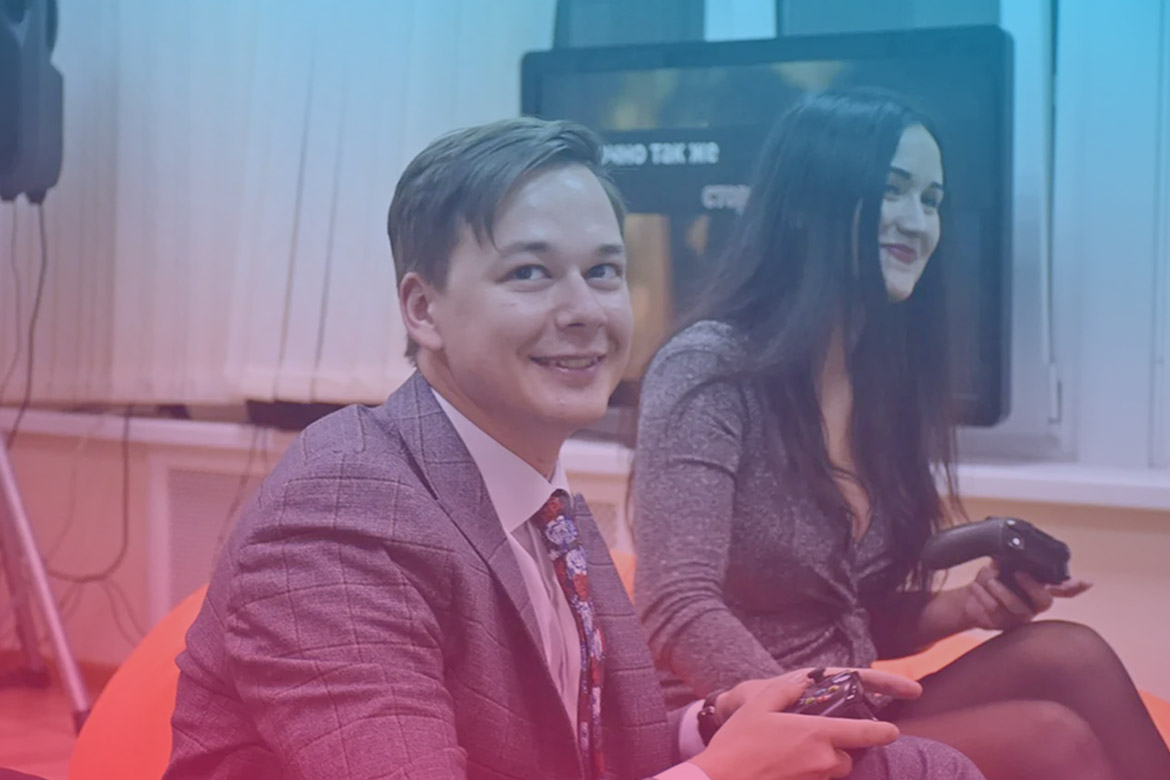 Hot Stuff (someone extremely exciting and attractive, not necessarily a girl, but, you know, nature calls :)) - Anna Mushketova 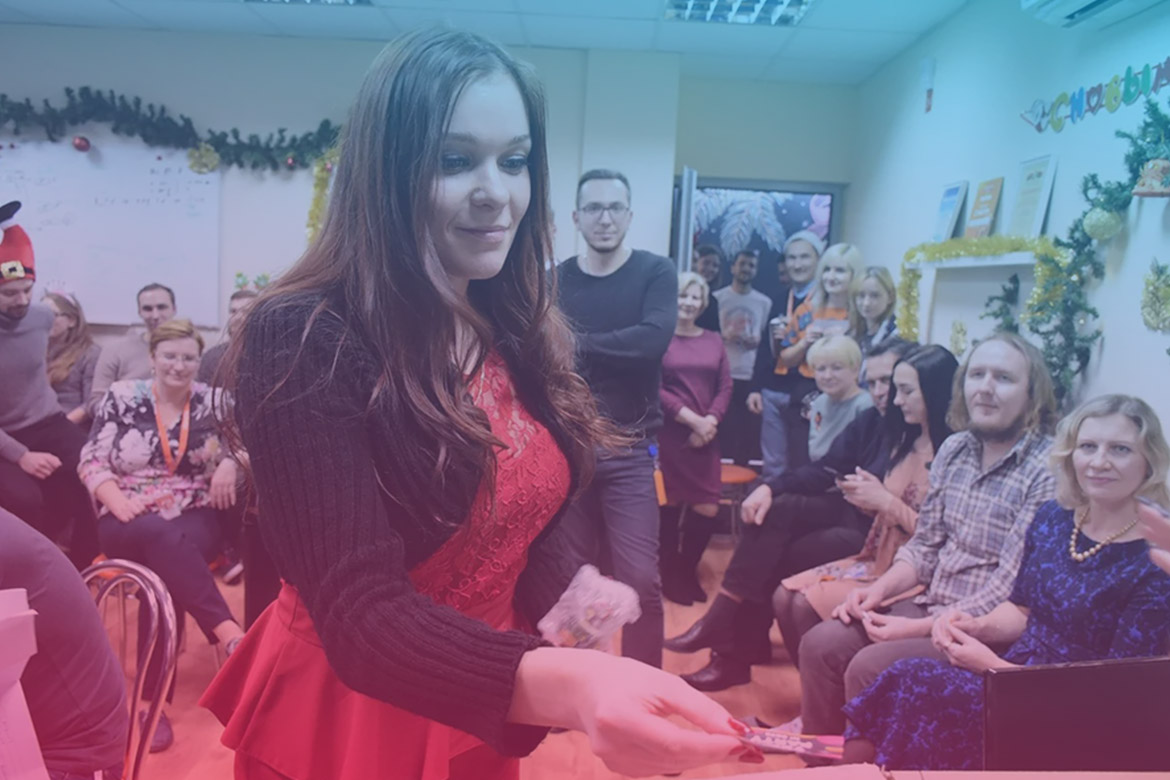 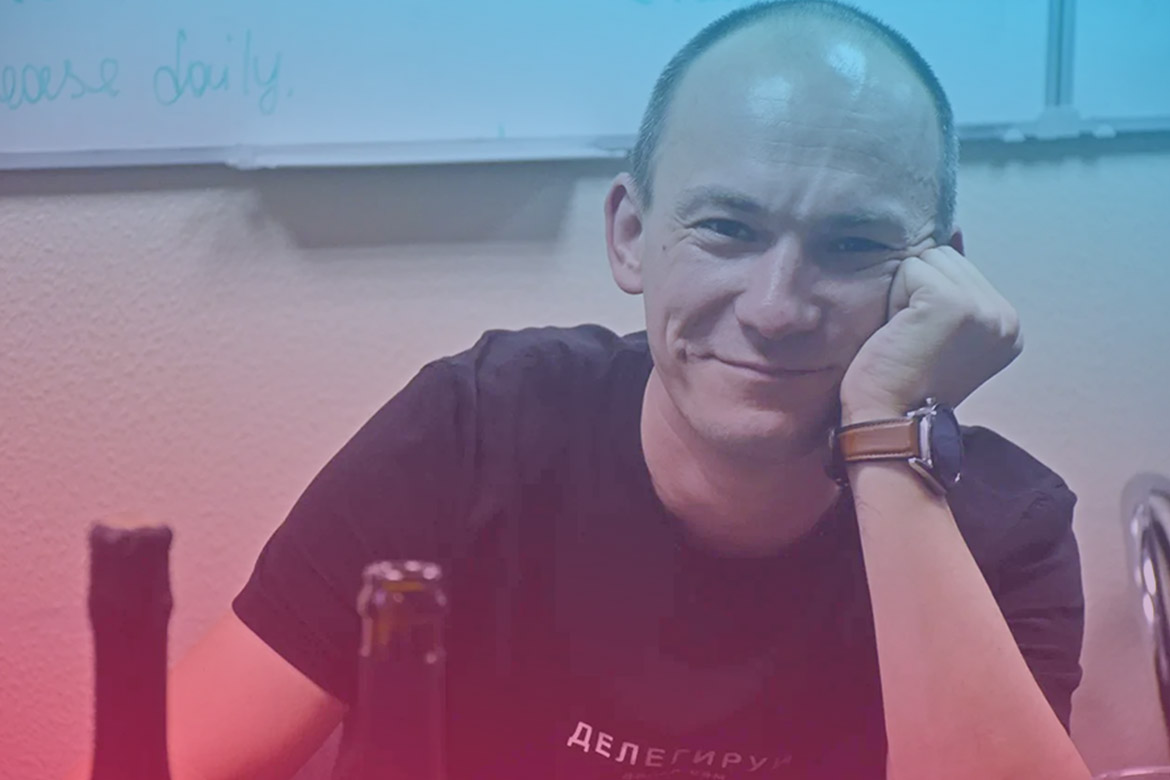 Guys, you are the best! 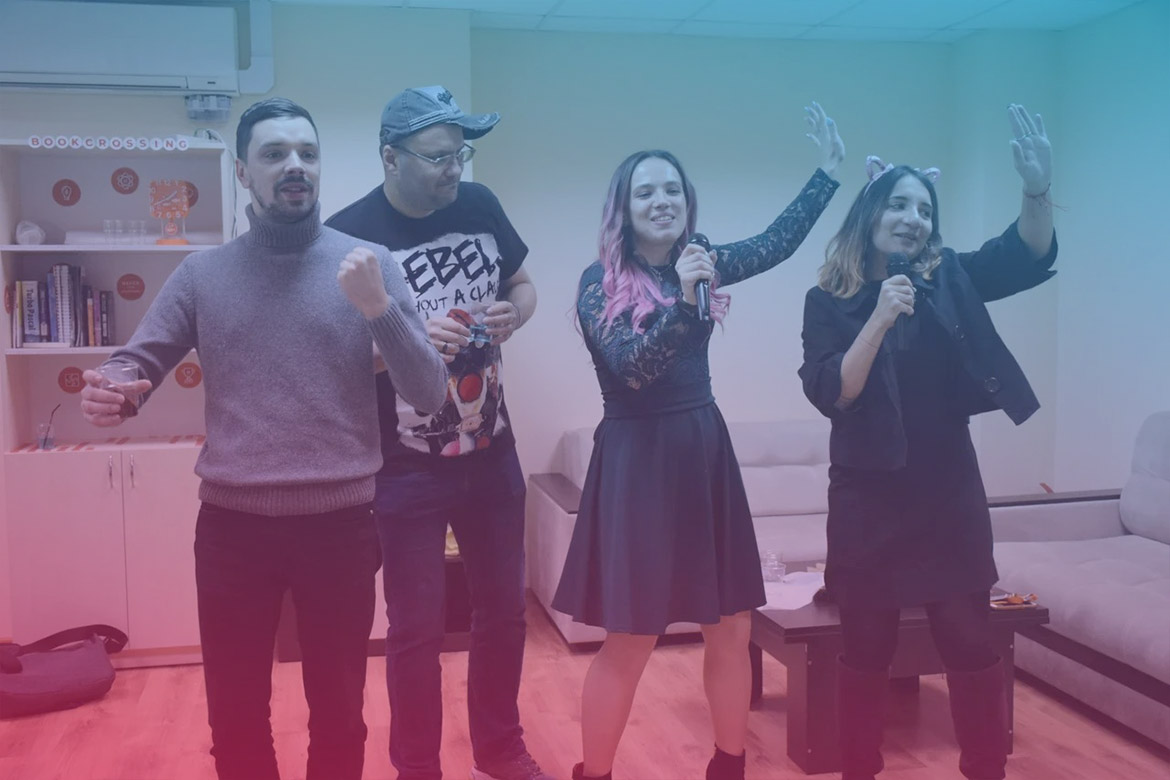 There is no need to prove to anyone that our company is the most musical in the Technology Park, and possibly in the whole city. Discovery of the evening: our Julia Shuchalina can get a vocal beat-down. But so far only Konstantin Litvinov has succeeded in it. 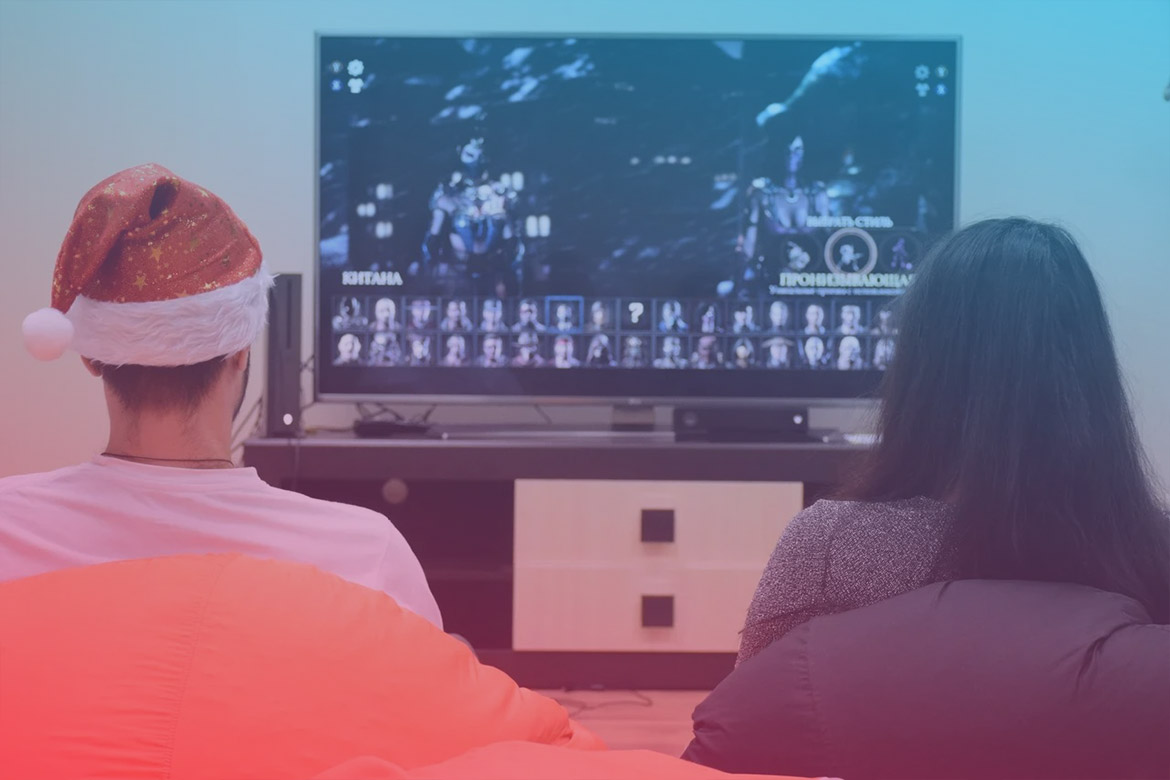 A moment of safe violence at PieSoft. Let's just say it'd been a long time coming. We were practicing when others were wandering in the dark, aimless,wasting their potential during lunch and after working hours. The time had come. It was time to save the Earthly Kingdom, or just have some fun. Here are our top fighters: 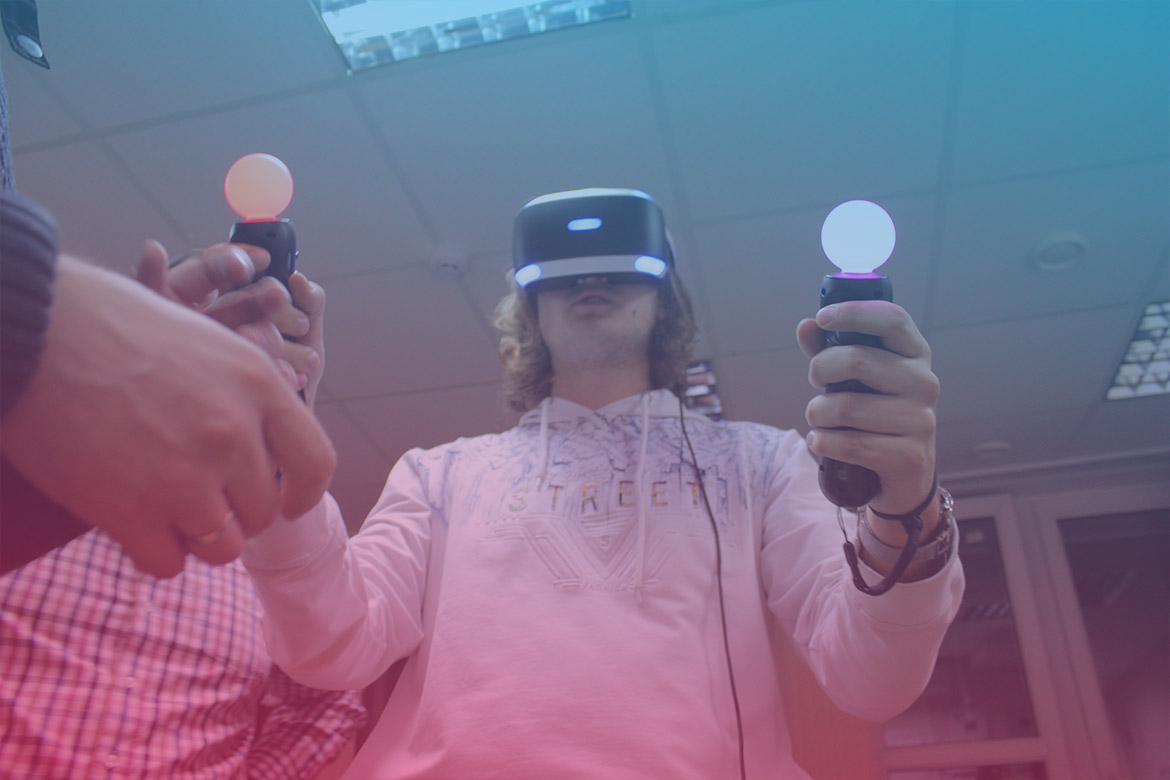 Virtual reality glasses and total immersion in the world of cubes collapsing under your inhuman onslaught - what could be better? Only rating of the best:

A nice bonus at every stage of the holiday program - delicious treats. Even better. Mountains of delicious holiday treats. And the bar. Especially the bar. And inevitably, a fun and friendly atmosphere. 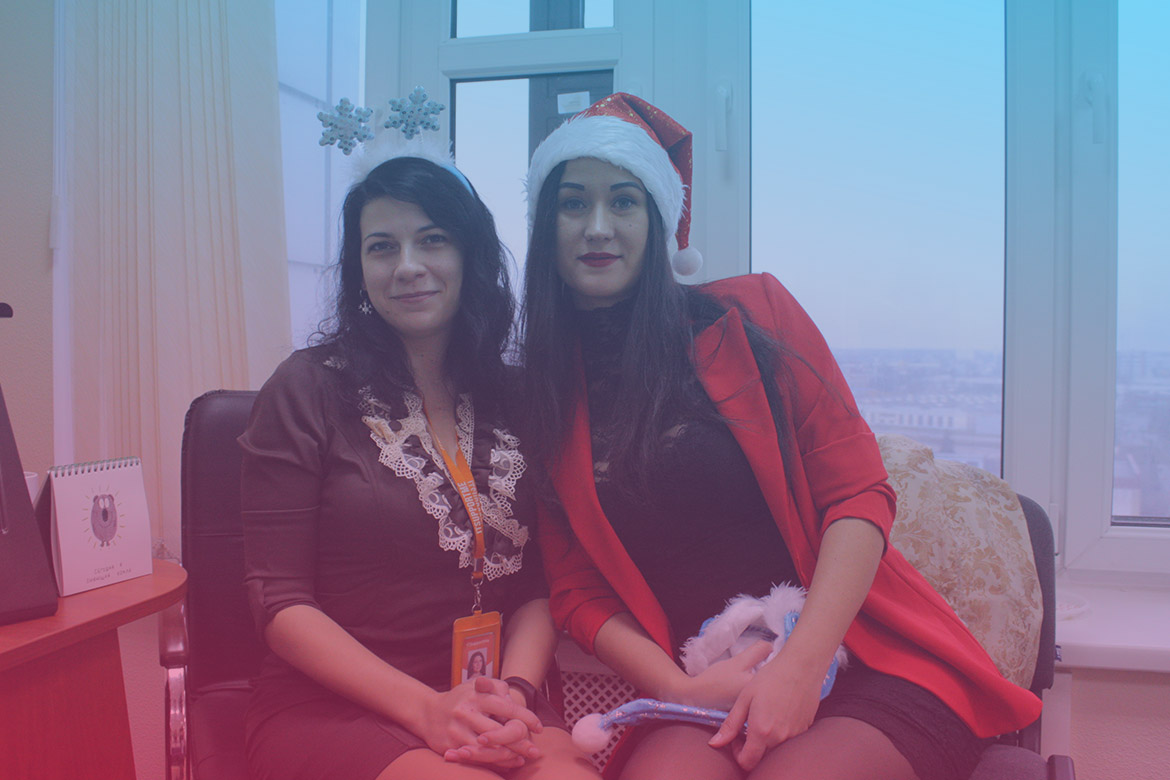 That evening we got together to have a good time and wish each other success and new victories. And it seems we were pretty good at this.

PieSoft congratulates everyone with coming 2020! See you next year!