Let’s continue our acquaintance with PieSoft professional team. The heroes of today’s story are real IT first aid officers, our go-to guys for everyone who needs IT help in case of emergency. Not for nothing, but Oleg Kurnitsov (aka SuperOleg) - the winner in nomination “The most responsive colleague-2018” is also from this department. Though the badge with the same title can be given to everyone involved in the industry, cause it’s impossible to imagine our everyday office life without these brave guys. So, meet - PieSoft Support&Tech Department!

And to figure out why these guys (running ahead - and one girl) are so cool and at the same time not to get lost in the tons of true stories and stereotypes constantly swirling around this semi-mythical profession, we go straight to the department head Sergey Ponomarenko.

Myths and Legends of System Administration

Myth 1: Admin is not a profession, but a way of life

— I guess, it more depends on the person, but mostly I would agree. We are like firefighters in many ways: while everything is fine - we are OK, when something is wrong - we are in around the clock. Sometimes our work reminds me the cartoon Jackie Chan Adventures where the protagonist through the series finds himself in difficult situations - when just everything goes wrong. And running away from the next trouble, he shouted: “Bad day, bad day, bad day”. So when we’re dealing with a lot of stuff and there’s too much pressure, you think like this: “Bad day, bad day, bad day” (laughing). 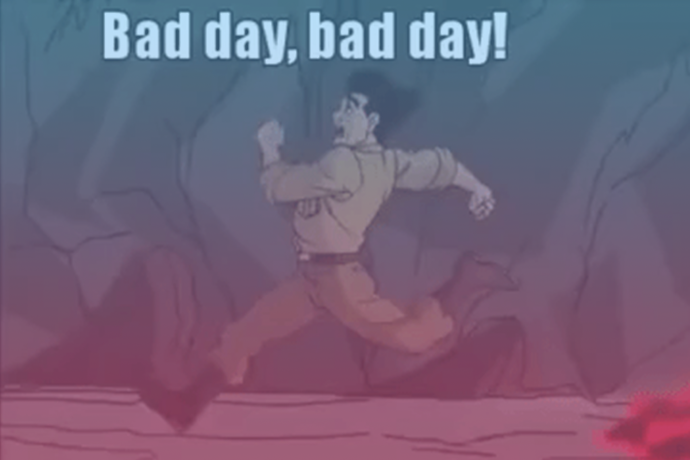 — Well, how often do users seek your assistance?

— We receive from 30 to 60 tickets (official requests) a day. It is our job to support individual users as well as various online projects. Regarding “hot” days, Mondays are usually overloaded. After the holidays, everything is exactly the other way around - the users are sluggish, so the work is ... sluggish too.

— I wouldn’t say so. Sysadmins are ordinary people and know how to rest like all of us. Family, bike, gym, cafe, bar, paintball, laser tag…

Yes, there is a strong stereotype in our region built through the image of a classic administrator: a good-natured nerd without ambition, but in an old sweater and with a beard. But look around - no grandmas’ sweatshirts, no bearded faces. We don’t have a dress code in the company, but overall we dress neatly and try to shave too (laughing). 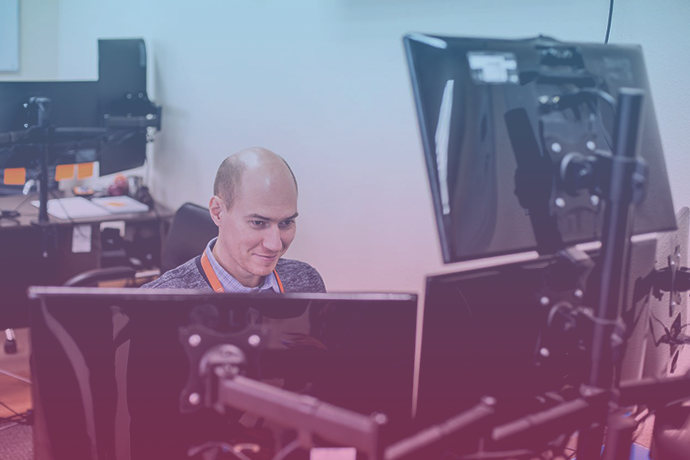 — Are there any situations when you are mistaken?

— As they say, mistakes are what make you human. But since the security of the company hangs over us, such situations should be minimal and for a short while.

— Ok, if “the admin is always right”, then what do you do when two admins have different opinions on a particular issue? How do you decide which decision is “righter”? Taking into consideration that the both have impressive technical background and the sense of self-importance is also on the top. Could it lead to sparks?

— Yes, sure, sometimes we have differences in opinion, but we never, ever fight. It’s always important to find some common solution. Or there is another cool way out: everyone is dealing with things his or her way and then we observe the results. Who offered the most effective variant is more “right”.

Myth 5: System Administrator Appreciation Day, aka SysAdminDay, or Sysmas. Do you celebrate it? When, how?

— In fact, the SysAdminDay is only one. The last Friday of July is a holy day. Last time, we gathered in Becker Bar, Gomel (the last comment belongs to Alexey Pavlenko who could not resist and joined the discussion of such a sweetheart topic).

— The girls proved to be successful administrators long time ago, so here I have no prejudices. For example, Kseniya Solomka working in our department is a great specialist. And in general… Kseniya is an engineer first of all. And only then she is a girl. But I think that some parts of our work are not very suitable for all women: climbing the stairs with wires or carrying heavy servers can’t be very convenient. 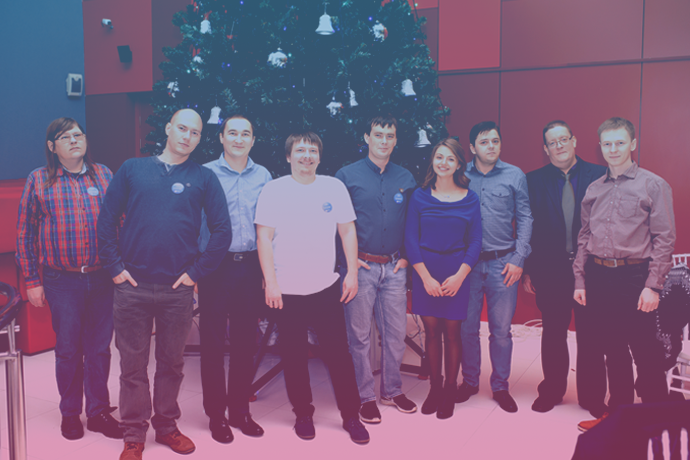 Sysadmin weekdays (and sometimes even weeknights) at PieSoft

— When does a sysadmin working day begin and end in PieSoft?

— We most certainly try to stay on the company’s schedule, but our department is probably the most extended in time. Some our guys are busy from 9am to 4pm, the others - from the afternoon until late at night, because they work with users from the United States.

— How do you all stay in touch?

— Well, we all definitely team up during the day, check email frequently, but basically the chats are everything, they always help.

— Have you ever had to go out to work urgently, to save the day?

— Sure. Mostly we can do everything from home, but one day Stas Solomenin for example had to stay in the office overnight and into the early hours in the morning. We even have a special banner for such cases - No obstacle to work at night (laughing). I used to stay until the morning having some damage control to do. Or for example a few weeks ago the entire infrastructure in one of the data processing centers failed due to a power outage. Only through the joint effort (N. Trofimovich, E. Telegin, S. Krotov and me), we managed to fix everything in 4 hours. Of course, such a quick data center failure recovery was possible only due to the excellent work of the whole team for a long time.

— How do your family feel about such an unpredictable schedule?

— Of course, they don’t like it, but try to understand the situation. However, sometimes you are at home sitting in front of a computer screen, working and you have a daughter on your shoulders: “Dad, what are you typing in there?” - and at this moment you are trying to bring up some network (laughs).

— What is the ideal user?

— He or she provides detailed information about what happened, and does not panic when something does not work, but treats with understanding. 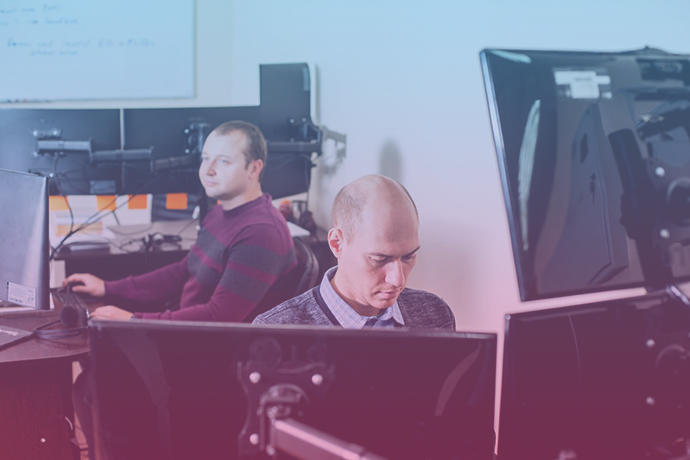 — So, the disaster user is a person who does not give detailed information and is fussy?

— Yes, he or she just shouts “Ah-ah, it doesn’t work, I feel terrible,” and starts calling the manager, trying to solve the problem through them. As a result, we play the telephone game and you don’t understand what has happened at all, and find out everything yourself as a skilled tracker. For example, we have one “superuser” whose letters always come in red, with caps and a large number of exclamation marks. This style never helps.

Or, for example, not so long ago, another story happened to our colleague Yuri Yermakov when he was setting up remotely a printer / scanner for a user. He downloaded the driver, was about to install it, but the computer couldn’t see the hardware. Yuri checked the network WIFI. The user assured that the printer is on the same network. Yuri already got to the router, but still there were no signs of the printer! Once again, he ask the user if the equipment was exactly on the same network, and the answer was... “Yes-aaaaa, I’ve checked it all, now I’ll turn ON the printer and you’ll see for yourself.” That’s it, kaput. 25 minutes wasted. In a lot of ways, remote maintenance is about breathtaking moments like this =)

— A lot wonder how people from your department come to IT?

— Well, most of them are techs - network engineers, telecommunication systems support specialists, etc. But there are also “exotic” cases, for example, Kirill Dumov - a linguist, English language expert. We needed a technical writer and a person taking phone calls from the users. Now he’s gone a lot... further and is no longer just a technical writer, but an experienced specialist dealing with such issues as user interaction with a solution or interaction process automation, etc., approaching the problem solving from the users’ point of view.

A real catch for our department is Yuri Ermakov. He is not only an excellent specialist, but also an interesting person with medical background and musical experience, he also participated in the popular intellectual games (Brain-ring or What, Where, When), etc. All in all, there are different way to become a part of our friendly team, but it’s not hard when you are a great professional and a nice guy.

— What are your future plans as a specialist and as a team lead? And in general, how do you see the future of the department?

— The department future definitely lays in the ongoing upgrade of our competence level and new technologies development. We are not just tickets and assistance to users. Our guys, for example, work with the developers, prepare different environments where their applications work. Again, since our sphere is one of the most advanced, we must go ahead of everyone and prepare the ground for the further development of the rest. We aim to follow the DevOps methodology, developing together. 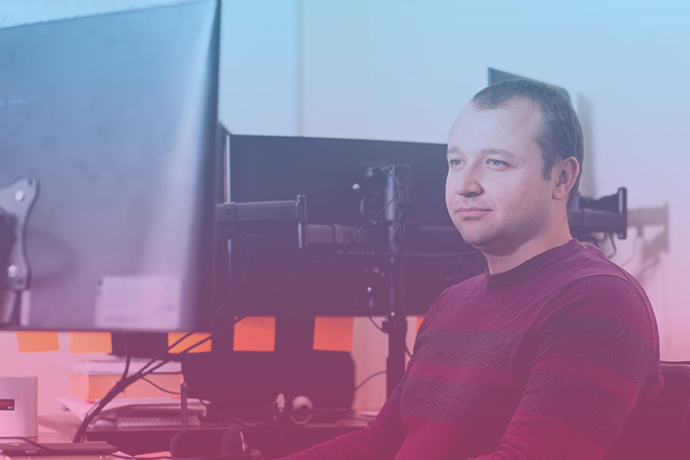 — Ok, what are the top ways to learn new things in the industry?

— Now these are mainly online resources, for example, Habr, Hacker, StackOverflow, SecurityLab, various US websites. And of course, the documentation for various systems (although who reads it? =)) We are also friends with books, but unfortunately now they become obsolete faster than are printed. Plus we go on courses on Microsoft products and technologies, as well as on other educational events, the latest ones are DevOps conference (October 1-2, Moscow), HighLoad (November 8-9, Moscow); virtual VeeamON (December 5, backup software). Also attended the MikroTik equipment conference and the courses of the same manufacturer with the receipt of international certificates.

— Is it really possible for you to go to the conference, say, for 2-3 days, won’t the work stop without you?

— No, we tried to make a department that would not depend on a particular person, so our guys can replace each other. The company should not suffer when someone is sick or something else. And, again, pulling a person when he is resting somewhere on vacation is also not very good either. Sometimes it happens, yes, but we try to avoid it. But when everything was BAD bad, the mobile phone saved us a couple of times and we were able to restore the infrastructure from the 6 inches screen (smiling). 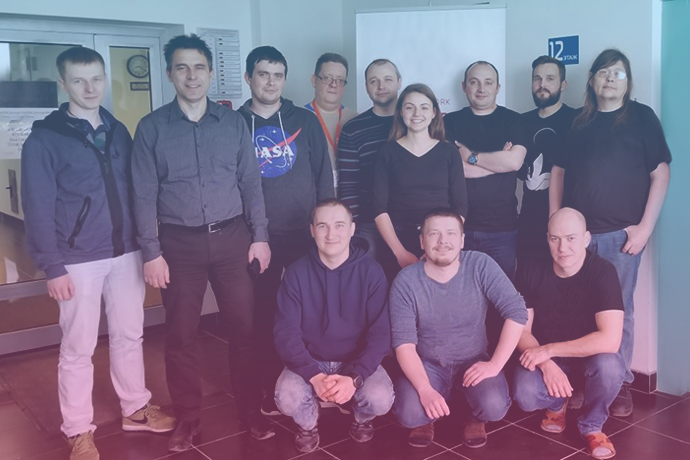 — Ok and the last: what is the motto of your department?

— Infra est infernum navigare, ut ad amicum socio Cthulhu, which can be translated as "Flame (hell) is under us and may Cthulhu help us." Or, as they say, we'll do it live! =)